We encourage all of you to get to know the workers that chose to organize and stand up for their rights at Golden Farm. Though there are certainly new faces inside the store that were not part of the original workers that began to organize, you can perhaps start by saying hello to Victor Hugo next time you walk by the store or run into him along Church Ave or on East 4th. If you go inside he is usually working in the section where the cucumbers are found (but don’t forget that you can’t buy anything because we are boycotting until the workers have a fair contract!).

You might want to first listen to Victor’s radio interview from WBAI’s Radio Building Bridges: Your Community & Labor Report from April 23, 2012 over 99.5FM.

To help you recognize him, below are a couple pictures from a radio interview with Felix Trinidad  and a Telemundo Channel 47 report on the Golden Farm campaign. 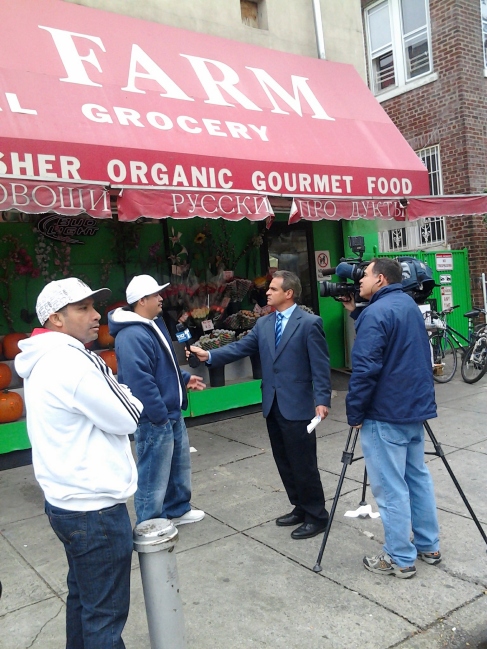 Victor (left) looks on as his co-worker Jesus (night shift) struggles to stay awake for a Telemundo Channel 47 interview.